X
Add Exotic Cam Girls | 120 FREE CREDITS | Live Exotic Webcam Girls to your home screen: tap and then Add To Home Screen
X
Free VOD Passes
You have free video passes available! Use them before they expire.
Redeem your pass during the video purchase process by selecting Free Pass.
Go to Videos now.
Processing your request ...
Please wait while we attempt to process your request.
X
Process Failed
We were unable to process your request. Please try again.
CONGRATULATIONS!
LIFETIME STATUS INCREASED!
Your Status has moved up from “REGULAR” to ...
SUPERSTAR
X
CONGRATULATIONS!
CURRENT LEVEL INCREASED!
LEVEL
X

No friends available.
Get 120 FREE CREDITS, for a private show with me. 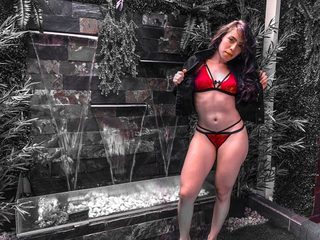 
It takes courage to grow and become who you really are.

I like Mastubarme, use toys, fulfill fetishes is my passion for sex

my feet tickle me, dance, I like to tie and be tied to dominate, I like to disguise myself, play with my legs, spank me, string game and be your little submissive.

I like it with my feet, until I get tickled, I like to dance, seduce you until we explode our desires.

I do not know how he started, that is, yes, but it was all very fast.

We were at an office party. Suddenly, a colleague who worked within the same company began to talk to me . the truth is that I had a few more drinks and with my man-activated radar I followed the game. At first everything was like an innocent flirt and looking like something that did not bother anyone, until it was time to have sex. In the beginning, nothing great, it's more, it was boring, but I decided to give it a try until I touched the young man's sensibility . A Little Suggestion of Doing Something A Little Bit Piggish I was opened to an unexplored and pleasant World of Bondage sex.

It was months of experimenting and having a few drinks in the office of what we would do after the time of departure . warm glances at a distance between computers, photos of Tumblr with new ideas, bites and bruises that made me sick of hot . we even we stole a set with whips, ropes, handcuffs, etc. that there was for a recording, which I never returned. Anyway, let's get carried away by passion

Be the first to write a review

GET 120 FREE CREDITS for a private show with me
Error

Be the first to review this photo

All persons depicted herein were at least 18 years of age at the time of photography:
18 U.S.C. 2257 Record-Keeping Requirements Compliance Statement

Renew Today
Fetching survey ...
Success!
Thank you for sending us your feedback!
Error!
There was an issue with sending your feedback. Please try again.

Your Information is Secure